Difference between revisions of "Scientist"

Scientist is one of the most feared and fun jobs on station. Being a scientist means you can either make a buttload of delicious weapons, tools and gadgets through research, breed colorful slimes, make delicious fun-packing bombs, or experiment with time and space themselves. As it is predictable with the station, most scientists are not satisfied with just blowing up their testing area and frequently go and spread their flavor of fun throughout the station. This is of course a really bad idea, often resulting in jobbans - but then again, delicious bombs.

Bare minimum requirements: Do R&D if nobody else is. 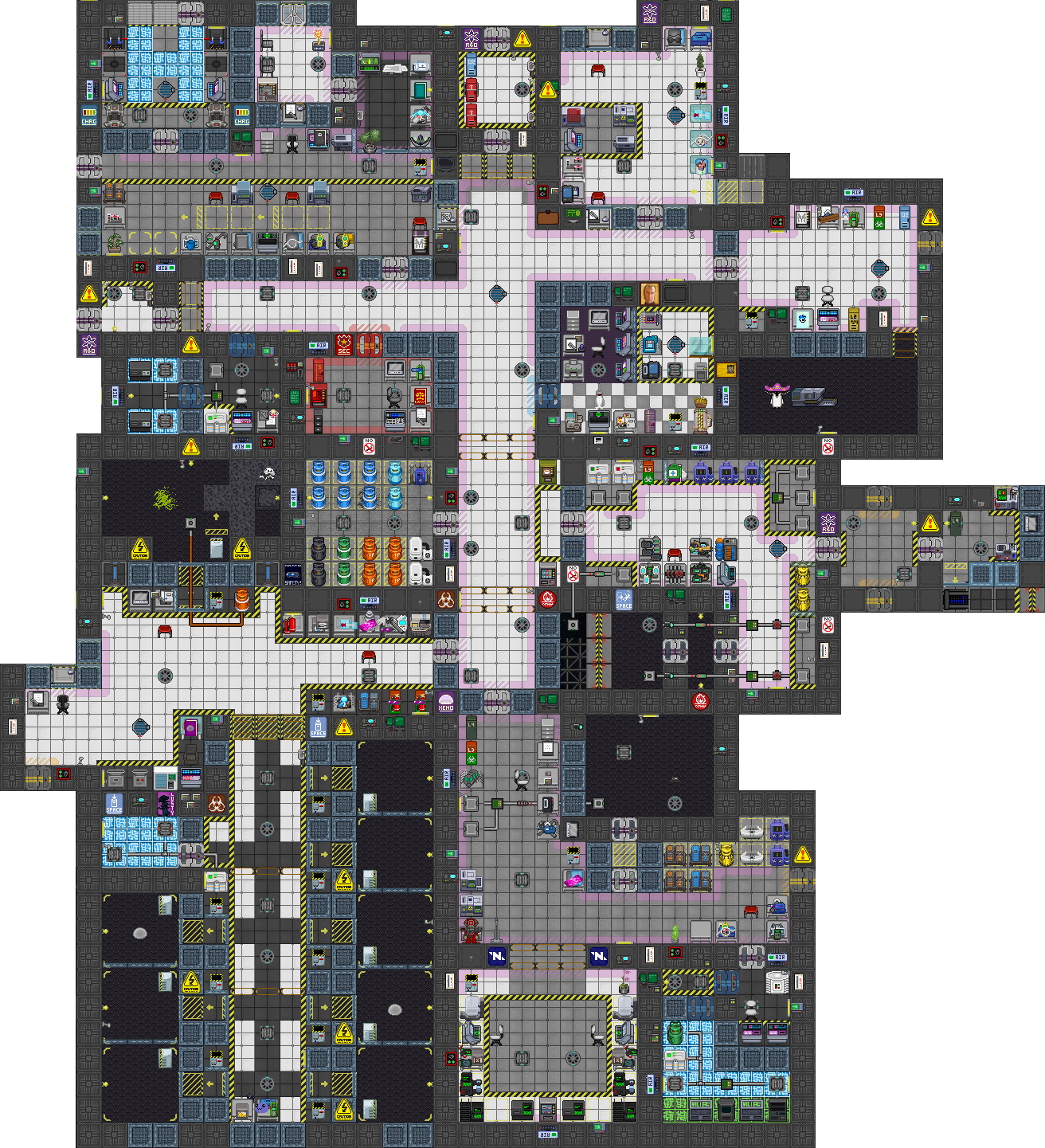 Houses the destructive analyzer. You put stuff in it, to numbers go up. The higher the numbers, the more stuff you can produce with the protolathe and circuit imprinter.

With the right research levels, you can construct almost any machine on the station. You can also research upgraded parts to improve existing machines. Remember to sync the database with the network, so the roboticists can benefit from your discoveries!

Your research efforts will cap at a certain point without minerals from mining. Coordinate with the Quartermaster or the Shaft Miners themselves to get the minerals you need.

This lab focuses on exploring the possibilities of plasma gas, typically always in the form of massive explosions. Provided to you is the Toxins Test Chamber, where you can safely test your creations.

While bomb making is reasonably straightforward, it only takes one mistake for the entire room to become flooded with plasma or superheated carbon dioxide. Be patient and cautious.

Bombs have practical uses as mining charges, though they are mainly sought after by traitors wanting to take out valuable station equipment and cause havoc.

The primary purpose of this lab is research on the breeding of slimes, the extracts of which have a variety of fun effects, by feeding them large numbers of monkeys.

It also contains a pen capable of safely housing xenomorphs, in case the miners manage to locate a live facehugger. Obviously, breeding alien killing machines on the station can only end well.

This lab specializes in the research of bluespace and teleportation. Provided is a telepad, a console and several GPS devices for you to engage in grand theft research!

Note that the Telescience Lab was removed from the map we run at /tg/station 13, but you can still build the machines yourself if you get R&D high enough.

This lab houses the E.X.P.E.R.I-MENTOR, AKA that machine that drives R&D crazy by constantly setting off the fire alarm in their lab.

A general purpose lab that goes mostly unused. It features a firing range and can be converted into a backup lab when one of the other labs inevitably blows up. Note that rebuilding Toxins in here is not going to make the crew happy, since you probably had to burn down the original first.

A Terrorist is you!

At any given moment, a scientist out there is a traitor. When half the station vanishes off the face of the map, well, you know who it was. It is recommended that you use your traitor points on things to conceal your identity, as people will want to murder and rape you to death after you set them up the bomb. Or, in the least, get a space suit for the huge void you just made. Research and development currently are useful for terrorism. Grab whatever you can first out of there like laser cannons and stun guns.