The Commonwealth of Orion is a behind the scenes faction in game. They care about peace and stability more then anything else. 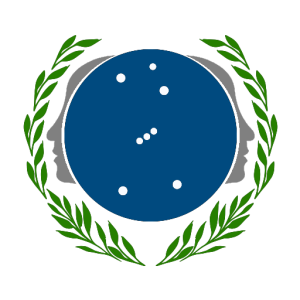 What is the Commonwealth of Orion?

The Commonwealth of Orion (Commonwealth) is a large xenophobic government spanning much of the (admittedly little) known galaxy in a constant state of expansion, domination, and innovation.

Origin of the Commonwealth of Orion

Timeline of the Commonwealth

Government of the Commonwealth

The Rising Tide Party (RTP) was founded in 2285, on the belief of the free market. Founded upon the quote, “a rising tide lifts all boats”, the RTP is a party under heavy influence from both the Syndicate and Nanotrasen, with the RTP having two sub-parties both Syndicate and Nanotrasen aligned. RTP has approximately 1,975 loyal senators in the senate.

The Citizen’s Liberty Party (CLP), is the newest party in the Commonwealth. The CLP was founded in 2481, after the previous liberal party collapsed, due to the failure to stop the passing of the Soul Act of 2480. Though not socialist, they are highly anti-monopoly. Major actions the CLP is attempting to get passed is the repealing of the Soul Act of 2480, anti-monopoly laws, and re-increasing the federal government. The Citizen’s Liberty Party boasts 1675 loyal senators, but the CLP struggles with internal issues. A large sub-group in the party is known as the Equality Foundation.

Jack Wendell was born on the world of Orion Prime, and is the leading member of the Commonwealth Unity Coalition. Elected in a contentious election as a compromise between the CLP and RTP, Wendell seeks to reinvigorate the Coalition’s popularity, lower tensions between corporate interests any way possible, and reconquer the final holdouts of the 200 systems uprising. Wendell is seen generally as a moderate by most of the Commonwealth and is a very charismatic leader.

Phillip Zai was born on Earth, and is the leader of the Rising Tide Party. Before entering politics, Zai was a prominent economic advisor as an employee of Nanotrasen, Cybersun, and Waffle Co. throughout his career. His bipartisan loyalties led to his nomination as one of the senators of Earth, then after proving himself a competent politician throughout two terms, Zai became Senate Majority Leader.

Notable Planets of the Commonwealth

Earth is the old capital of the Commonwealth of Orion, located in the system of Sol. During the Great Systems War, the capital was moved to the more strategic and central location of Orion Prime. In the modern day, Earth serves as one of the largest population and cultural centers of the commonwealth. Though the beauty Earth once knew is mostly gone, limited to a few National Nature Preserves. Earth is still seen as the great home of all humans. Many people of the commonwealth, will take at least one trip to Earth in their lifetimes.

Overview of the Commonwealth in Current Day

The Commonwealth is a nation of constant expansion, believing in the ideas of human superiority. Currently, they are at their largest on paper, consisting of 2,342 systems, 1,452 colonized worlds, and 156 stellar habitation facilities or habitats. However, approximately 200 worlds are in revolt, and corruption is rampant in the outskirts of human colonized space. The Syndicate and Nanotrasen are both keys to the Commonwealth’s success, due to funding various necessities of normal citizens' lives, and the Commonwealth industry. The Commonwealth of Orion are doing their best to keep the Syndicate and Nanotrasen appeased in these trying times.